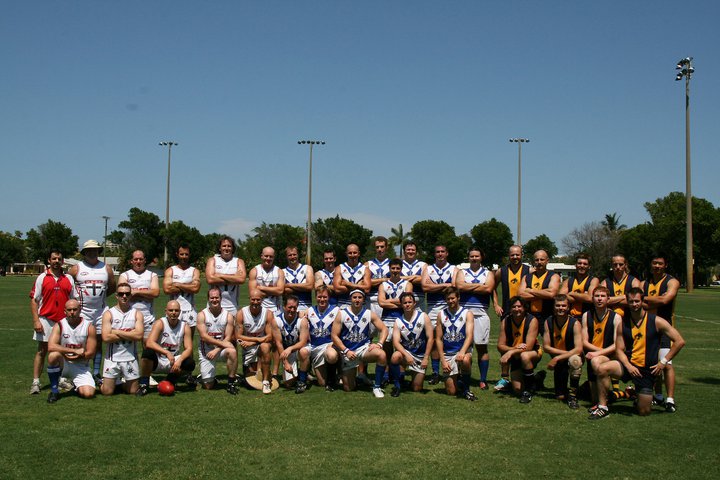 The team, though low in numbers was long in experience and matched up first against a bigger Ft. Lauderdale Squids. We played hard competitive footy ending up only 2 goals behind at the half while playing against the breeze. Spirits were high going into the second half but with The Squids superior numbers and regular interchanges BR soon tired and made that awful mistake of losing their voices on the field, That mistake, which has cost so many teams so many games came back to haunt BR in the second half with a disappointing final score of BR 4:6: 30 to Squids 13:16 : 94

The Second Game, against the Florida Saints was a different story
BR, though a little tired and beat up from their 1st game, listed to their coach’s and came out hard and fast, putting the pressure on a fresh FL. Saints team. Competition was fierce and everyone pulled their own weight with some nice work shown all over the field, Hard defending in the back line, good quick work out of the middle and some spectacular grabs in the forward line setting us up for great goal opportunities. Florida however wasn’t sitting down on the job. They kept coming back hard, and with fresh legs and again superior numbers pushed BR hard for every score we made. At the half BR was ahead by 4:3: 27 to Fl. Saints 4:0: 24.
The second half saw a weary BR side dig deep to show more of the same grit, determination and skill to end up more than doubling their 1st half score against a fading Saints team
Final Score BR 9:6: 60 Fl. Saints 6:3: 39

The after Party was great and started at the Squids local pub “McGuire’s” and after warming up there for a few hours we all headed downtown to America’s Backyard, were amber fluid and shots of all kinds rehydrated out thirsty throats till the late hours. Talks of rematch’s later in the season(Atlanta June 25th and BR Sept 10th), Florida Babes and regular after party antic’s kept us all hopping til dawn. As always another great Footy weekend. One to be replayed next year, hopefully with more strength in our traveling team.