It’s time for another exciting round of footy as the Baton Rouge Tigers paid up with the Des Moines Roosters once again in this year’s Central Regional Tournament in Music City.

The Tigers hope to improve upon their performance in last year’s tournament, where they were sent home without a win. Led by veterans Josh Cartmill, Lachlan McQueen, and Ryan Moran, they are determined not to do so again this year.

The Tigers take the field against the Oklahoma Footy Club at 10:00 CST, Ohio Valley at 12:00 CST, and Atlanta at 3:00 CST. You can Follow the Action Live through the USAFL’s official Facebook page. The full schedule is listed below: 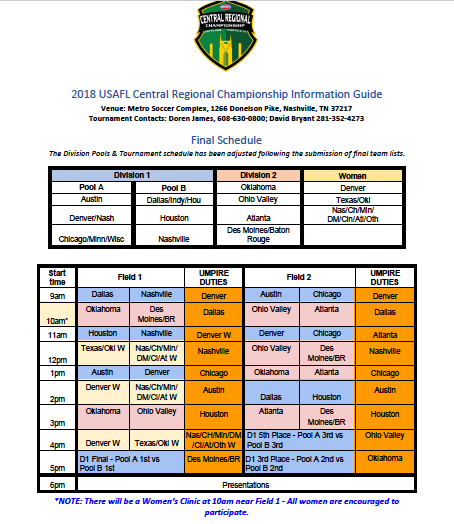